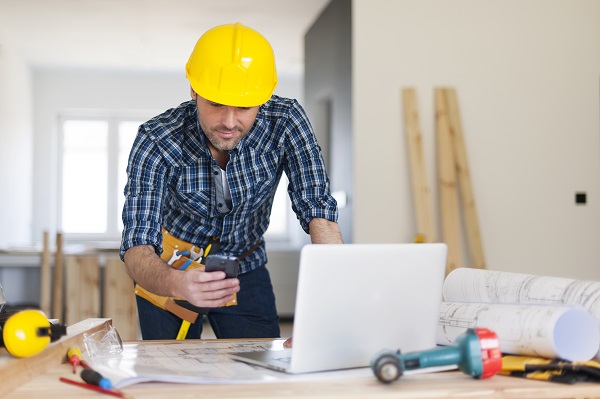 The use of independent contractors is widespread across the construction industry and the line between employees and contractors can be blurred. Senior Associate at Duncan Cotterill Alysha Hinton explains the difference between them

It is common in the construction industry to engage contractors, who operate their own business, to provide skilled labour for projects. This can include tradesman builders, scaffolders, plasterers, welders, plumbers, electricians, etc.

However, employees and contractors have different rights and responsibilities, so it’s important to know which category a worker actually falls into. Employers must be wary of changing relationships with contractors and not to structure an arrangement to shield themselves from the obligations and liabilities which arise when hiring employees.

In this article, we review the distinction between a contractor and employee, and what you need to be aware of.

Who is an employee?
Any person who is employed to do any work for hire or reward under a contract of service, also known as an employment agreement, is an employee. The reward is almost always a wage or salary.

People working in triangular employment arrangements may also be employees. This is where a worker is employed by one party but works for another business or organisation which directs them on their day-to-day work. This may be in a ‘labour-for-hire’ situation or where a worker is ‘temping’.

Who is a contractor?
Contractors are engaged by a party (such as a head contractor) to perform services under a contract for services, also known as an independent contractor agreement. Contractors are self-employed and are not paid a wage or salary. They earn income by invoicing the party engaging them for their services, they also pay their own tax and ACC levies.

In the construction industry, genuine contractors typically work at different locations, on particular jobs, for a range of customers, using their own equipment, setting their own rates, and invoicing for their work.

Health and safety legislation applies to both employees and contractors, but most employment legislation does not apply to contractors. A contractors’ rights and responsibilities are determined by
general civil law, such as negligence. Contractors have fewer entitlements than employees, including not being able to bring personal grievances or get paid for annual or sick leave.

What happens if a contractor is actually an employee?
If a worker is hired as a contractor but should have actually been an employee, then that worker may miss out on minimum employment entitlements, and may pay tax and ACC levies that they would otherwise not be required to pay. If this happens then the employer may be liable for extra costs such as:

An employer can be liable regardless of whether they hire someone as a contractor intentionally in a ‘sham’ contracting arrangement, or accidentally mislabel the working relationship.

All of these tests should be applied to consider the relationship as a whole. Consider the following Barry vs. C I Builders Ltd legal case.

Last year the Employment Court found that a builder who had been engaged as an independent contractor for three years was really an employee. Mr. Barry entered into the arrangement with C I Builders (“CIB”) as a contractor, but claimed he was treated as if he was an employee, and the contractor label did not reflect the true nature of
the relationship.

Despite the original intent, several factors indicated that there was in fact an employment relationship between Mr. Barry and CIB. For example:

Because Mr. Barry was successful, he was able to pursue a personal grievance alleging unjustifiable dismissal – a course of action only available to employees.

Going forward what should you do?
Barry vs. C I Builders Ltd is a warning bell to the construction industry. In that case, the Employment Court reiterated that employers must not label workers as contractors to avoid employment obligations. Where a worker is engaged to perform work regularly, the question must always be asked whether they are working as a contractor or as an employee.

Working relationships can and frequently do change over time, so any business engaging contractors should monitor how contracting arrangements continue to operate.

If you have any questions about engaging independent contractors, or if you are someone who has been engaged as an independent contractor but you believe you are an employee, please contact Alysha Hinton on (04) 471 9452 or at alysha.hinton@duncancotterill.com, or your local Duncan Cotterill advisor (duncancotterill.com). Duncan Cotterill is a full-service law firm with offices in Auckland, Wellington, Nelson, Queenstown and Christchurch.

Disclaimer: the content of this article is general in nature and not intended as a substitute for specific professional advice on any matter and should not be relied upon for that purpose.